Soldiers could usually see no longer than 10 yards in front of them, and the area between the enemy’s trenches and the home trenches was considered ‘No man’s land’ as hazardous shellfire and snipers from the enemy line prowled the area. The trenches were busiest at night, when troops would fetch supplies, repair broken or damaged materials and collect corpses from the day.  They were approximately 2 metres deep by 2 metres wide, and were heavily barricaded with sand bags, parapets (sheltering walls along the top of the trenches) and barbed wire for protection. Soldiers had to live within the trenches for extended periods of time, even months, where they would be forced to carry out their day-to-day duties that they were individually assigned in order to keep routine. 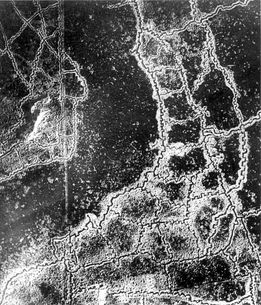